River of Dreams by Sylvie Greenhart

Maithin is a stranger among the people she has known all her life. Seen as cursed by her kin and tolerated at best, her one respite has been an all-too-brief journey to help an injured man . . . until she literally falls into a tomb with a just-waking god and finds herself caught between his need for her knowledge and the fierce, wild woman hunting him.

Tiathéna hates being wrong. She especially hates being wrong when it means the oldest of the gods, famed stick-in-the mud that he is, was right. But even waking to depleted magic and an unfamiliar world cannot get the god of the hunt down for long—not when she catches the scent of her prey—and discovers the woman he’s taken from her people is far more enticing.

Set in a second world where magic is mundane and relationships between any and all genders are commonplace, Diacilé is a place that, for many earthlings, would feel quite different. Future books will include f/f, nb/f, m/m, f/m, and other pairings. The Waters Aeon are written in British English, so some spelling and punctuation conventions may differ from American norms.

May the waters bless you, reader. 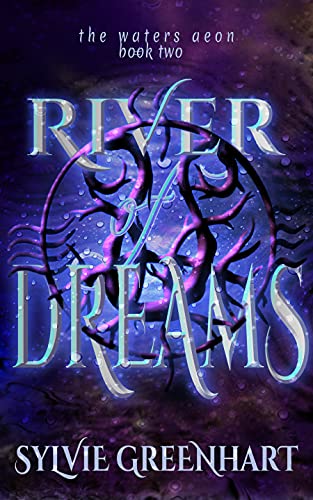 You're viewing: River of Dreams by Sylvie Greenhart
Buy now